“More than 1,000 to graduate this spring”, featured in the MC Herald by Lucy Weber 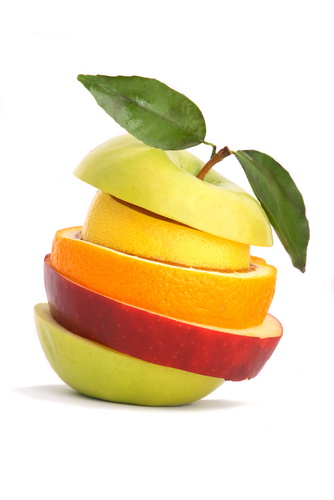 More than 1,000 to graduate this spring

After all, those games unlocked his future.

In the coming days, 19-year-old Kendall will be one of over a 1,000 students graduating from schools in Madison County. He ranks in the top 14 percent of the 463-member senior class at Madison Central High. With a 3.76 GPA and a 31 on the ACT, Kendall is headed in the fall to the University of Southern Mississippi, where he will be a Presidential Scholar and major in computer science. He wants to become a video game designer, and his parents, Kendall Sr. and Beth, believe he’ll make it.

“Kendall can do anything he sets his mind to,” his dad says.

Madison Central High School senior Kendall Moore plays a his favorite video game, Megaman 10, on Monday. Kendall has a language processing disorder, but he's graduating with a 3.76 GPA and will be a Presidential Scholar at the University of Southern Mississippi. Kendall wants to become a video game designer. (Greg Jenson/The Herald)

“If anybody can do it, Kendall can,” his mom says.

Thanks, in part, to those games he played at age 7.

“I thought I was just playing games,” he said.

But, those interactive games laid the foundation for Kendall to learn, overcoming a laundry list of challenges and diagnoses that don’t fit a single label. “As far as I can tell I was diagnosed with symptoms of all kinds,” he said.

His mother said the simplest explanation, despite the complexities of the issues, is that Kendall has a language processing disorder. “He learns differently from the rest of us.”

In a scholarship-winning essay, he wrote: “Imagine a message entering the brain and not taking a direct path to be understood and acted upon. Instead, the message is a spider web and scatters. Eventually, part of the message fit back together but it takes a little longer.”

Twelve years ago, at the recommendation of his speech therapist, his parents opted to try a new technology through a computer program where Kendall played interactive games two hours a day, five days a week for eight weeks. When he started, the 7-year-old Kendall tested at the level of a child at 5 years, 7 months. Two months later, he tested at the 7 year, 5 month level.

Kendall didn’t talk much before the videogame therapy, but after those lessons there were times he couldn’t stop as all the things he wanted to say but couldn’t came flooding out, Beth said. “We discovered this very bright child.”

Now, a section leader in percussion with the Jaguar band, Kendall takes Advanced Placement Studio Art, Calculus and Government at Madison Central. He has achieved a senior first degree black belt in taekwondo and he has volunteered in numerous community services projects, including a camp to help inner-city children.

By his own admission, Kendall has to work very hard to succeed in school. He needs additional time to read and re-read information to make sure he understands it.

Kendall Sr. calls his son one of his heroes “because nobody works as hard has he works to the results he gets. I’ve never seen anybody like that.”

Results this graduation season for Kendall include numerous scholarships from agencies and groups in addition to a full scholarship from USM. One of his scholarships comes from the Rise Scholarship Foundation that recognizes students with learning disabilities who have overcome challenges to achieve academic success.

“Kendall’s ability to express himself and his learning difference set him apart initially from the other applicants. He has been able to identify his toughest challenges, and in doing so, he has found the areas that he excels in and enjoys,” said Jena Young, co-founder of the Atlanta-based foundation that awarded Kendall one of its first scholarships ever this year.

“His application was rich with details of how his learning differences have affected him, and he wrote, ‘Everyone has some challenge, and I am thankful that I know how to deal with mine.’ His ability to self advocate will serve him well at college this fall,” Young said.

In another essay on what advice he would give to someone recently diagnosed with a learning disability, Kendall wrote:

“Basically he needs to look past the bad and look for the good. He needs to realize just because someone says he has a challenge, or a disability, it doesn’t mean he is limited by it. I was diagnosed with my learning challenges at a young age. I didn’t let those define me. I didn’t use them as excuses. Instead, I learned to accept myself as I am, to not back up from what I wanted to do or become, and to not let my learning challenges stop me from striving to be my best.”

His parents describe Kendall as creative, thoughtful, kind and gentle, among many other adjectives. Kendall, however, has only one, “adventurous.”

“I guess I want to explore different ideas and different areas of interest.”