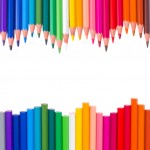 Dyslexia, also known as developmental reading disorder, keeps an individual from reading fluently and comprehending a text. The person’s ability to recognize and process symbols is impaired.

When an individual has an auditory processing disorder, it is difficult to process information gained through hearing because the ears and brain have trouble connecting.  With APD, it is hard to recognize differences in words.

Dysgraphia refers to difficulty writing. Individuals with dysgraphia may have trouble with handwriting and/or with basic spelling and grammar skills, including writing the wrong words or writing incorrect letters.

The DSM Scale, professionally known as the Diagnostic and Statistical Manual of Mental Disorders is frequently used to classify learning disabilities and other mental disorders.  The edition of the DSM most people refer to when talking about the DSM in general is DSM-IV, published in 1994 and slightly revised in 2000.  Individuals are assessed according to the DSM scale to learn how their learning disability may be affected by psychological stressors, medical issues and general functioning. There are 5 axes included in the scale. Being evaluated in relation to the axes can help a person better understand a learning disability and understand additional triggers or complications to the general disability.

In order to receive accommodations in the classroom, most schools will require a diagnosis form a psychologist with a psychological evaluation or an IEP from the student’s school. The evaluations need to be current and the standard is that the evaluation is good for 3 years from the date of testing.

Additionally the following can impact a student’s ability to learn, but are not considered learning disabilities. Learning and attention disorders frequently co-occur and are lifelong conditions that have varying degrees of impact.

While not a true learning disorder, having ADHD can affect a child’s ability to learn. Also known as Attention Deficit Hyperactivity Disorder, ADHD is often characterized by an inability to pay attention, acting on impulse and general hyperactivity.

Executive Function Disorder is often confused with ADD and ADHD. An individual with an executive function disorder has a difficult time when it comes to performing basic tasks. This includes having trouble staying organized, following a sequence or schedule and difficulty multi-tasking

a neurological disorder causing difficulties with taking in, processing, and responding to sensory information about the environment as well as the student’s body. This can include stimulus body  that is visual, auditory, tactile,  vestibular, and proprioception. Much research has shown that if the student is overwhelmed with the senses it can impede their learning.

The above article is to give readers a broad description of LD. Please see your doctor or educational consultant for more information.